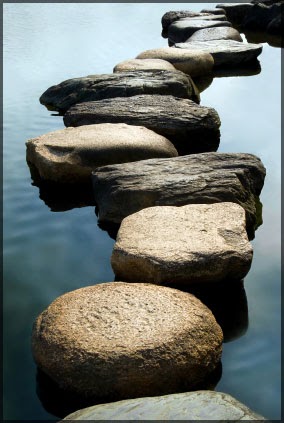 Direction: Have you ever felt that things happen for a reason?

That you sometimes make decisions based on intuition, rather than logic? That while your path is determined by your own free will, your encounters can seem suspiciously destined yet spectacularly serendipitous? That sometimes if you allow it, your higher self will point you in the direction you need to go

The process of making fortunate discoveries while looking for something unrelated, or the occurrence of such a discovery during such a search.

It is not uncommon that certain choices and turns in life lead to unexpected outcomes that then miraculously align to appear as a progression of incredible insight, good fortune or an enhanced new direction.

This duo was born in the Twin Cities – one in Minneapolis, the other in St. Paul. In 1990 they’d miss an acquaintance, with one exiting a ballroom dance career and the other just beginning… in the same studio… just two weeks apart. Destiny wouldn’t have them meet until a half-decade later via an ad in the classified section of the Minneapolis Star Tribune.

In 1990, they’d narrowly miss an acquaintance.

What are the chances that Sean-Paul would place an ad that week and that it would be read by Juliane – a girl who already had two careers and didn’t actually even subscribe to the newspaper? It was destiny. They’d follow a path that would groom them for a station in life as Mentalists. 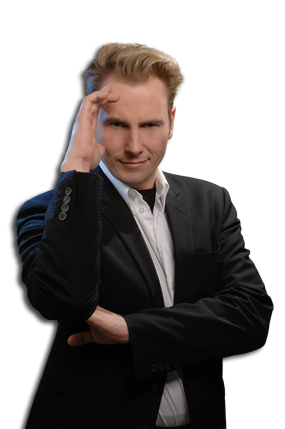 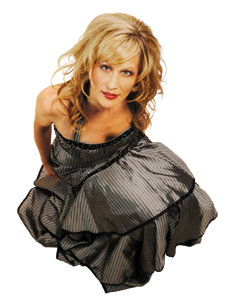 Sean-Paul, at the age of 8, was witness to the miraculous. He remembers it vividly.

The Pink Panther theme song was playing on phonograph in the distance. And there – in the church basement – a man appeared. Just beyond the cuffs of his blue tuxedo and ruffled shirt, he held a glass of liquid, the color of onyx. A scroll of paper was dipped into the glass; the liquid stained like ink. A square of silk was passed over the glass and suddenly… it held CLEAR water, and a goldfish swam inside.

The experience was neither holy nor of a paranormal nature, but was the result of a conjurer – a magician – the evening entertainment for a Cub Scouts banquet. Nonetheless, a young Sean-Paul watched with eyes wide. He delighted in the scope of imagination, and it was in those moments that he recognized the aptitude of the mind. It could surrender itself to witness, free of logic, the impossible! He became fascinated with bringing such

enchantment to others and the experience kindled a lifelong career.

By the age of eleven, Sean-Paul became the youngest stage performer at the Minnesota Renaissance Festival. In a neighboring city, a young Juliane was studying dance and entertaining the neighborhood mothers with impromptu back yard “talent” shows.

Sean-Paul teamed up with Juliane in 1995. A natural chemistry bolstered their career.

In their early twenties, Sean-Paul ran an entertainment booking company and was performing all over the country at auto shows for Chevrolet and GMC. Juliane earned a degree in Journalism, completed additional coursework in sociology and psychology, and continued to dance. By their mid-late 20s, Sean-Paul was performing at colleges and theme parks, while Juliane was conducting investigations by day and dancing for the Minnesota Timberwolves by night.

Sean-Paul teamed up with Juliane in 1995. As a private investigator she had some experience in reading people and a fascination with psychology. A natural chemistry bolstered their career as a team and the early development of a signature telepathy routine. Their success – driven by professionalism, innovative conceptions, and a transcending connection with audiences – propelled the duo across the country and the seas. 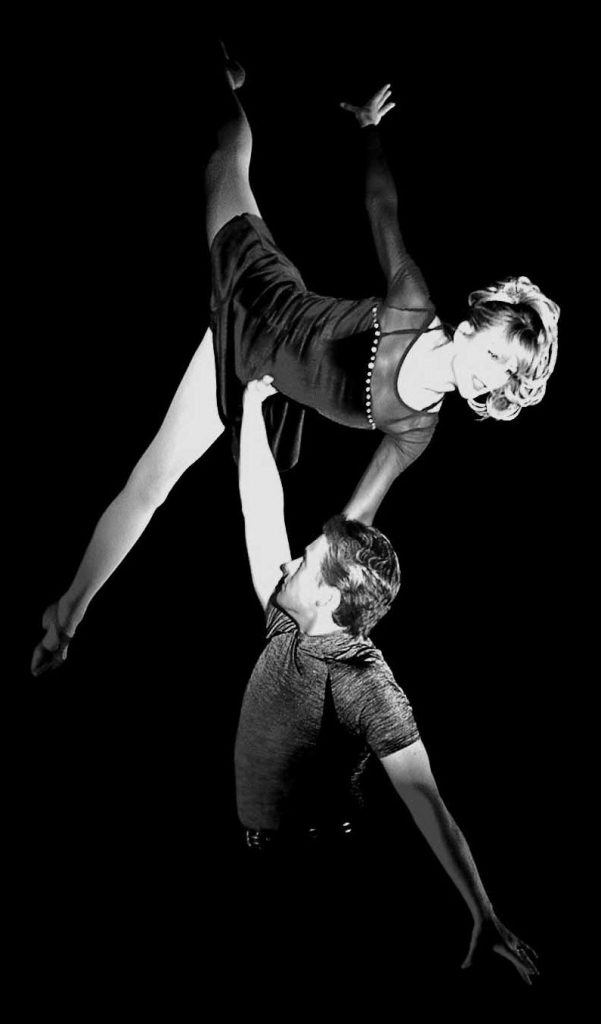 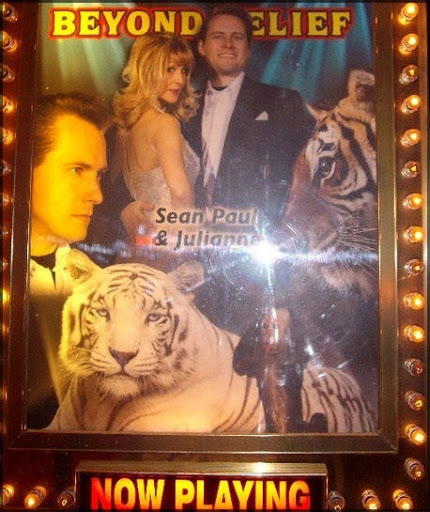 Like liquid, the duo learned to adapt to changing markets, competition, and challenging circumstances by re- defining their goals and re-designing their product. They’ve performed for a diversity of audiences – corporate, NBA, theme parks, productions shows, and cruise ships. They’ve produced and starred in variety of long- running shows, all received with great success and some winning awards. They’ve made appearances on America’s Got Talent, Sabado Gigante, Comedy at the Improv, Children’s Miracle Network, as well as aboard the USS Oklahoma fast-attack nuclear submarine.

Water adapts to whatever container it’s in.

They maintained an inventive edge, creating pieces that are uniquely their own. They’ve worked alongside tigers; they’ve trained birds and a monkey; they’re quick-change artists, ballroom dancers, and escape artists. They’ve performed levitation on water and developed signature comedy sketches that elicit monstrous laughs whenever they are performed.

But despite all the innovative bits, grandiose props, the stunning set pieces, the exquisite lighting design, the tigers, and the ONLY performing stage monkey – audience members were most often impressed with the segments of the show that showcased the potential of the human mind. They were captivated with the feats of precognition, telekinesis, and telepathy.

Mindfulness, Sean-Paul and Juliane realized, was more than just an audience favorite, it had been a key factor in their mastery of adaptation and career growth. Amidst the inherent and sometimes undesirable features of their career – the constant change, uncontrollable variables, situational diversity, etc – they were always in charge of their thoughts – their minds. And this empowering awareness allowed them to manage the variables that were out of their control. Problems and uncertainty became the fertile ground for opportunity, for growth! The human mind – so tremendously powerful – was to become the focal point of their future.

The human mind –so tremendously powerful –was to become the focal point of their future.

Appreciating the extent of its benefit and with the intent of sharing this understanding with audiences around the world, Sean-Paul and Juliane began honing and expounding on the skills of the mind. They conducted extensive research and trained in intuitive thought, mathematics, and memory. This, along with their travels, acquaintances and thousands upon thousands of shows over nearly two decades were integral in sculpting their assignment as Mentalists.
At their acquaintance, he was a lifelong student of sleight-of-hand and stage

illusion and she was a professional dancer with a passion for the mind and its creative potential. Together,

Sean-Paul and Juliane have an extensive background as performers, producers, and engineers of magic.

Sean-Paul is an award-winning headliner who has been captivating audiences for nearly 30 years. In 2009 he was awarded the prestigious “Showman of the Year” for his engaging personality as a host, and that same year the duo was awarded Branson’s Best Specialty Show of the Year.

the largest stages in the country – including NBA half-time shows, theater

production shows, cruise ships, and performing arts centers. They’ve spent the better part of their careers producing and starring in several long-running shows, featuring large-scale illusions and signature comedy pieces. Among the shows they’ve headlined are Odyssey, The World of Magic, and Magic Beyond Belief. They’ve worked as consultants in their industry and have made appearances on America’s Got Talent, Sabado Gigante, Comedy at the Improv, Children’s Miracle Network, as well as aboard the USS Oklahoma fast-attack nuclear submarine. They strive for original presentation in all they do – as illusionists, comedy

(appearance of a stealth fighter jet) and most beautiful stage illusions

(water levitation), and have worked alongside tigers. However, they’ve found their work as mentalists elicits the most amaze, where the mind, itself, proves more powerful than any prop or apparatus.

INTRIGUE THEATER™ had its birth at the Triune Temple in May of 2010. Since that time, the show has played more than ??? times and has found its

permanent home at The Gavioli theater in Eureka Springs, AR. Interactive and

intuitive, each performance varies and often there are surprises to even the

performers. One element you can count on are accolades to the origins of magic and its authentic charm, as well as historical representations of 19th-century spiritualism and explorations of the curious and unknown. Sean-Paul and Juliane spend most of the year in the beautiful Ozark Mountains and only Decembers and snowy Aprils in Minnesota. 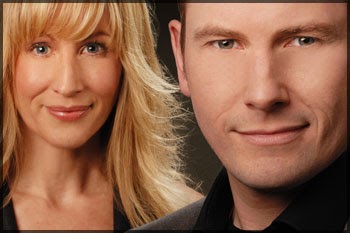 See our 2nd appearance on Penn & Teller Fool Us! 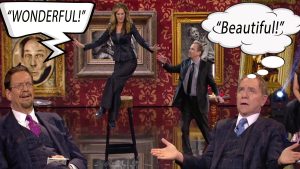